Our Halloween Homage to Harryhausen 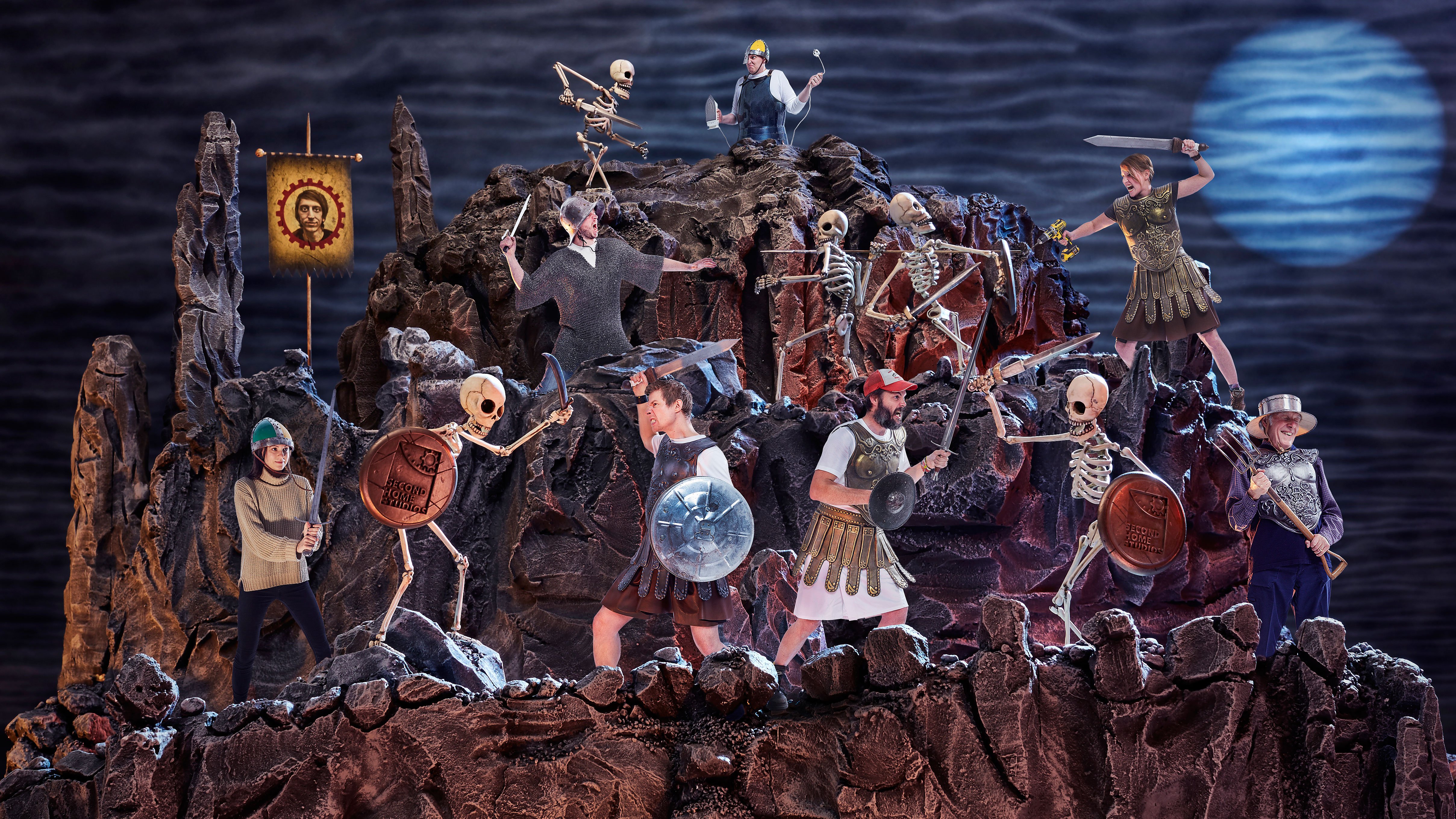 This summer we made a brilliant new creative friendship in the form of Ian Davies, photographer par excellence. Ian is in the process of collating a 100 strong collection of portraits of people who work in the creative industries in Birmingham, only with a slight twist. The plan is to capture people in their natural creative environs in a slightly tongue in cheek way. For the denizens of a stop-motion studio, Ian came up with idea of compositing subjects in amongst some of their own miniature sets and puppets. What better source of inspiration for this than the skeleton army in Jason and The Argonauts? 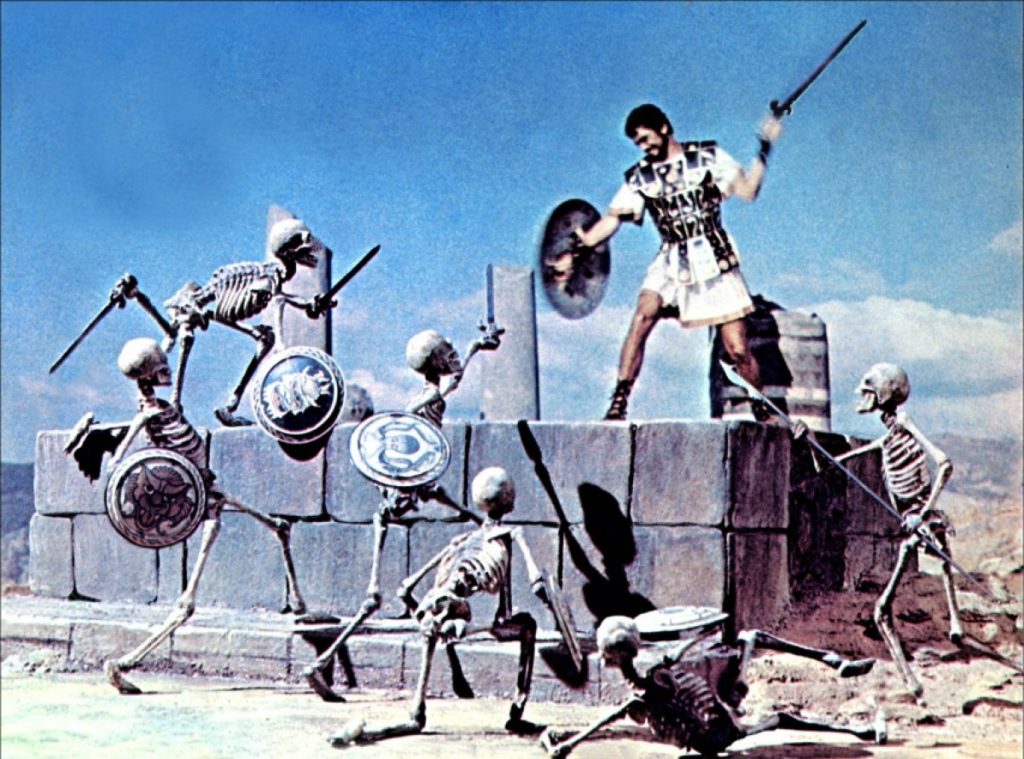 Outnumbered. Still from Jason and The Argonauts.

This classic adventure film is known to all stop-motion animators for the handiwork of the late, great Ray Harryhausen (all kneel). What Harryhausen achieved using back projection techniques and film cameras was truly groundbreaking and still stands the test of time as an iconic piece of filmmaking. We had tremendous fun coming up with the designs and building the scene of 8″ skeletons on a volcanic looking mountain. Kudos has to go to Tristan Pritchard (sporting the fetching mail armour mid-left) and Amanda Haas (the badass drill queen mid-right) for getting stuck in with much of the model making work, including custom branded shields. 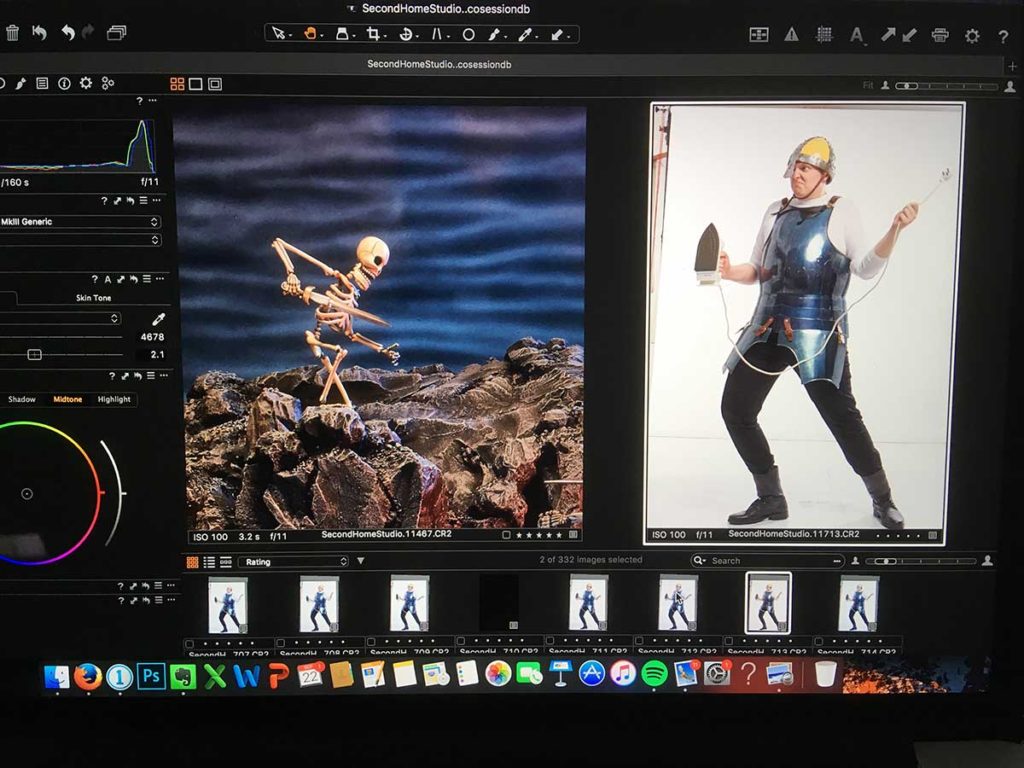 We borrowed some re-enactment armour from studio pal David Checkley (and some household appliances), and took off to Ian’s studio to shoot the additional plates. Stir in some photoshop and hey-presto: a battle scene with the undead. 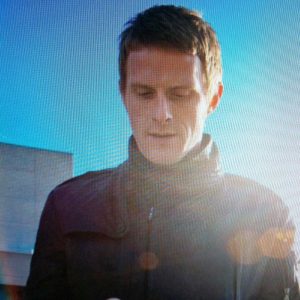 Of his ongoing project, Ian had this to say: “My Brum Creatives portrait project came about when I was assisting in London. I got the hump over so many people mocking Brum – the city and the accent. I had the chance to shoot Michelin starred chef, Glynn Purnell and Mick Scully, a local crime writer, then realised there was a potential project in shooting creative professionals from Birmingham. I shot 30 odd portraits over 18 months while I was still living in London and exhibited here in 2015. I had some time off and restarted in 2016.
It’s a great way for me to meet so many interesting people, people I may not meet otherwise. It’s also a great way to build my folio, try out new techniques and I get to see and work in some really interesting locations within the city. It’s a no brainer for me and something I’ll continue with for the foreseeable future.  Essentially it’s celebration of the amazing talent that we have in Brum and a chance for me to do what I love without constrains of a client brief. I absolutely love working on it.”

We’re really privileged to be part of a project which features so many of our own local heroes. Thanks, Ian. Big grins.