The Innovation 50 report – showcasing the fifty most innovative businesses across the region – has launched this week. Led by legal firm, Mills & Reeve, the report sought to create ‘an in depth index of some of the Midlands’ most forward thinking companies.’ We’re delighted to announce that Second Home Studios has been included in the list for our recent development of an essential new piece of equipment: the Manta Motion Control system. As a practical studio ever keen to innovate our stop-motion animation work, the rig adds a new dimension to what we do. It was developed in conjunction with the brilliant Richard Sykes, and was designed to facilitate both animation and live action client briefs. The rig provides multi-axis camera control allowing for incremental stepping whilst animating. When the animation is played back, this creates the illusion of a camera move in real time. The rig is also set up for time-lapse photography, or filming of live-action elements. The rig is controlled using CNC controllers which dovetail seamlessly with industry standard animation software.

The studio is well versed in motion-control (or ‘MoCo’) application. In our 12 year history, we’ve used MoCo on several projects, often having to hack mechanical movers to get the desired control of motion for either the camera or miniature models being filmed. The Manta rig gives us a wealth of new control for all manner of animation projects. The judging criteria looked at what each business was trying to improve and gauge the measured results of this improvement. For us, this came in the form of three commissions from Sony Pictures Television.

The expert panel who compiled the list recognized this step-up in motion-control as worthy of mention as part of the report. The inclusion was also badged up as being ‘Highly Commended’ for being a particularly noteworthy submission. The report featured some truly inventive companies from all sectors; our personal favourites being the environmentally beneficial Aquapak Polymers, smart building inventors, Vanti and Borroclub for its sustainable consumer model of borrowing rather than buying. We’re really proud to be given consideration alongside these other people. Here’s a snapshot of the feature in the report: 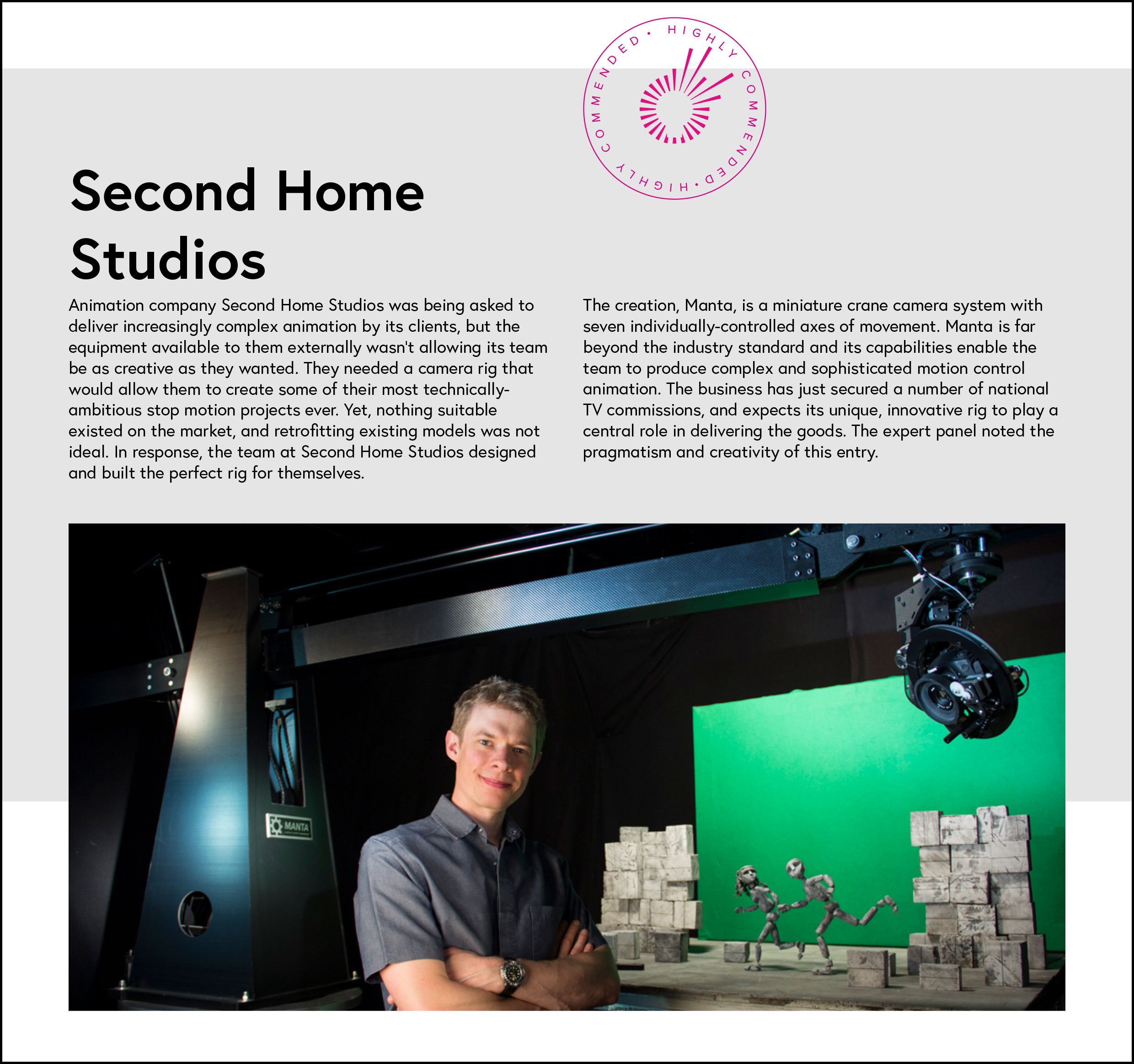