This summer the Royal British Legion commissioned a series of 8 films to commemorate the 100th anniversary of the Battle of Passchendaele. We were privileged to be asked to create one such film portraying life behind the lines. As the film reveals, soldiers created their own entertainment to escape the drudgery of life in the trenches, putting on shows and concerts as a means of keeping up morale. Considering what soldiers in WWI had to endure, it was fascinating to learn about the methods they used to entertain themselves. Music featured heavily in alleviating the awful depression suffered by so many soldiers. One interview makes for poignant listening as the veteran describes hearing one song as ‘the most beautiful thing he’d heard in his life’ having gone months without hearing any music at all. 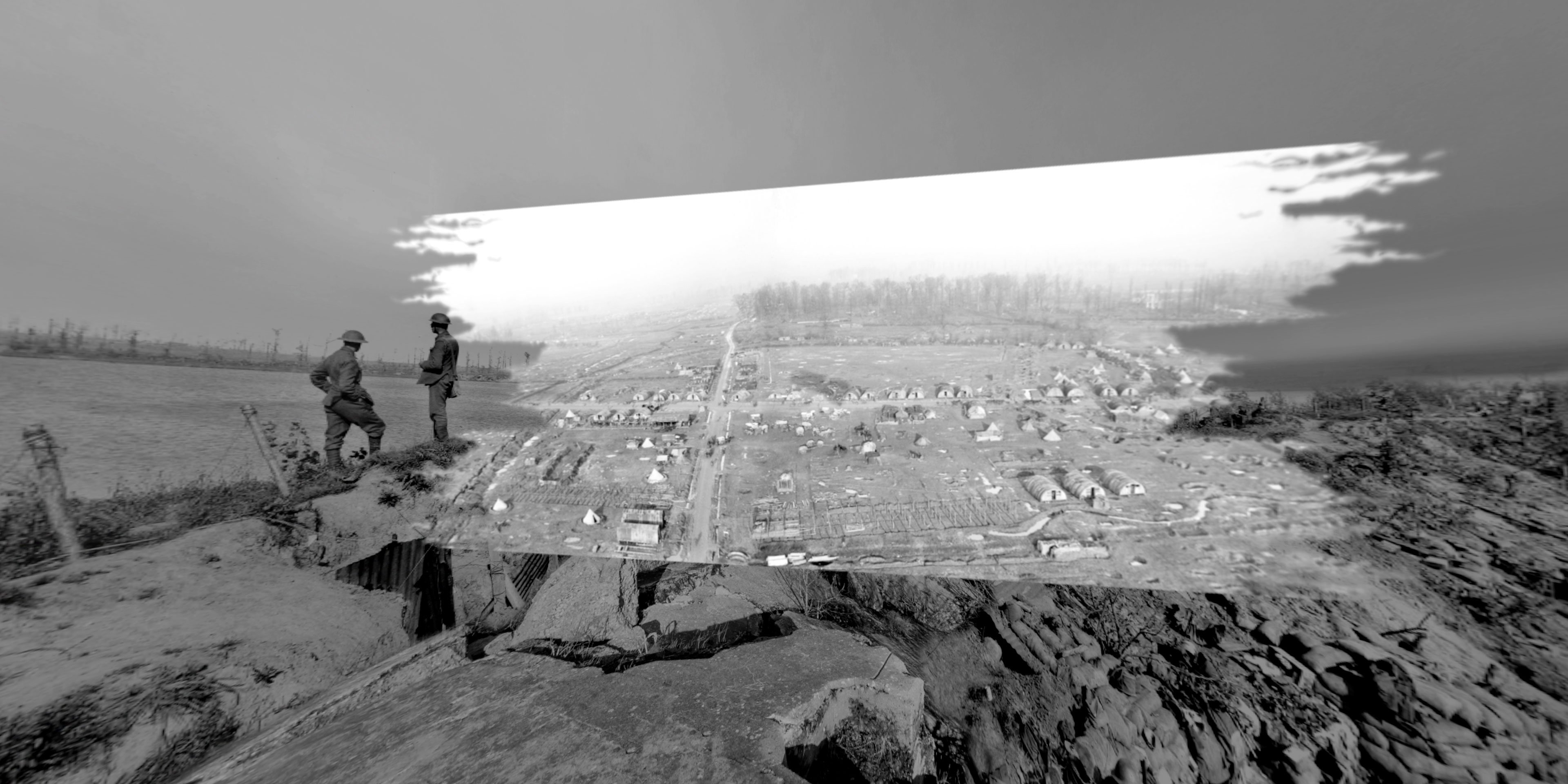 Using archive footage, interviews and photographs, the brief required us to create an immersive experience for 360-degree viewing. This presented its own unique set of challenges given that, for obvious reasons, no footage or stills captured between 1914-18 is VR-ready. The nature of the piece, narrated by Dan Snow for Ballista Media, was forgiving enough to adopt a photo-montage, scrapbook-type feel. The master backgrounds were artworked from multiple photographic references in order to stretch to the equirectangular space, necessary for compositing. 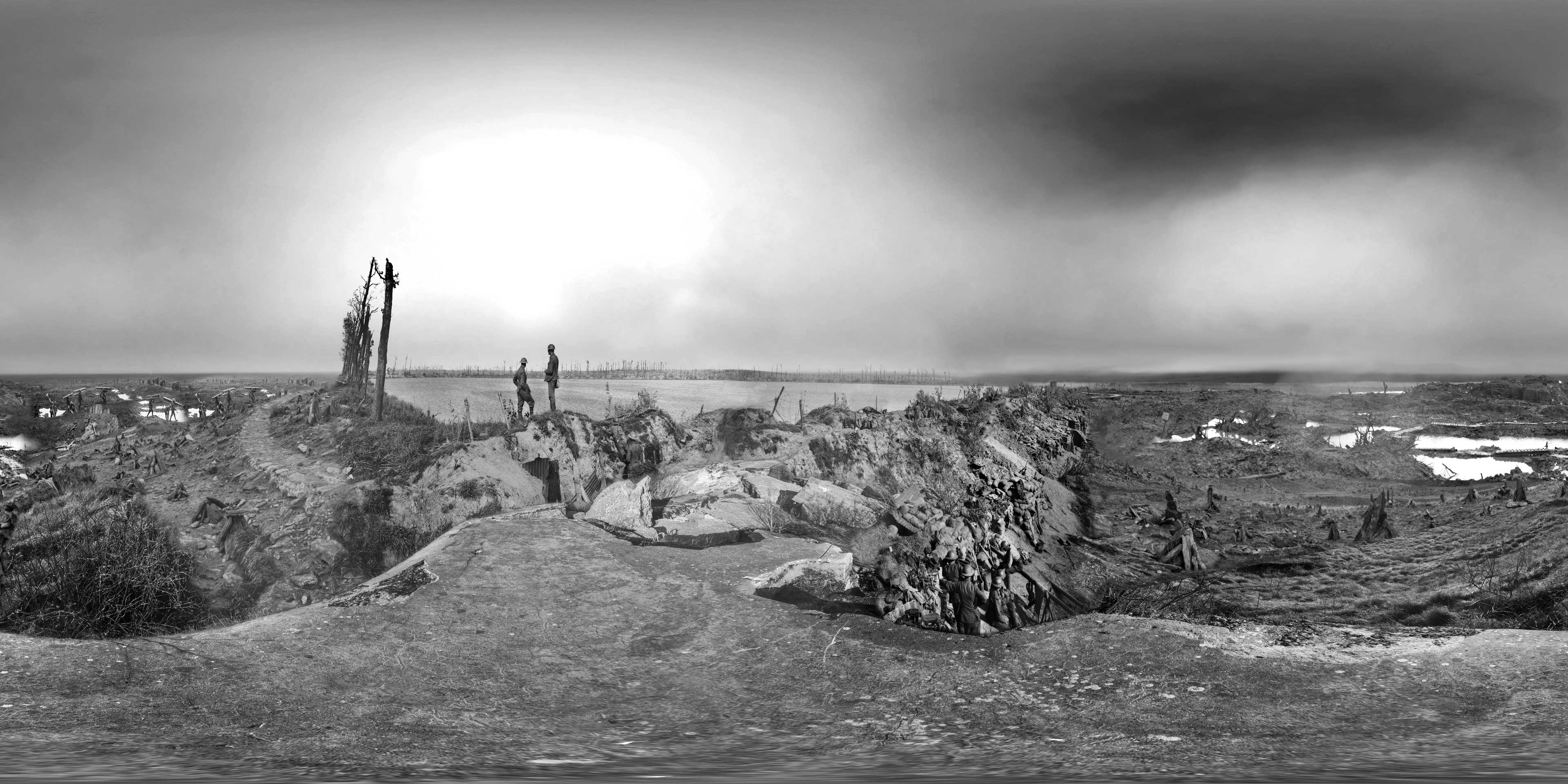 The other challenge is having no guarantee that your viewer won’t be looking in the opposite direction to an important piece of archive material. To get around this we tried to make archive material appear and disappear sequentially from left-to-right and back again to steer the viewer. Not always easy when different bits of footage start and stop at different times. Following the lead of Louis Hudson from Dice Productions, who created the template film, the project was turned around within 3 days. Producer Joe Bell has also written a great piece with some tips about creating content for 360. 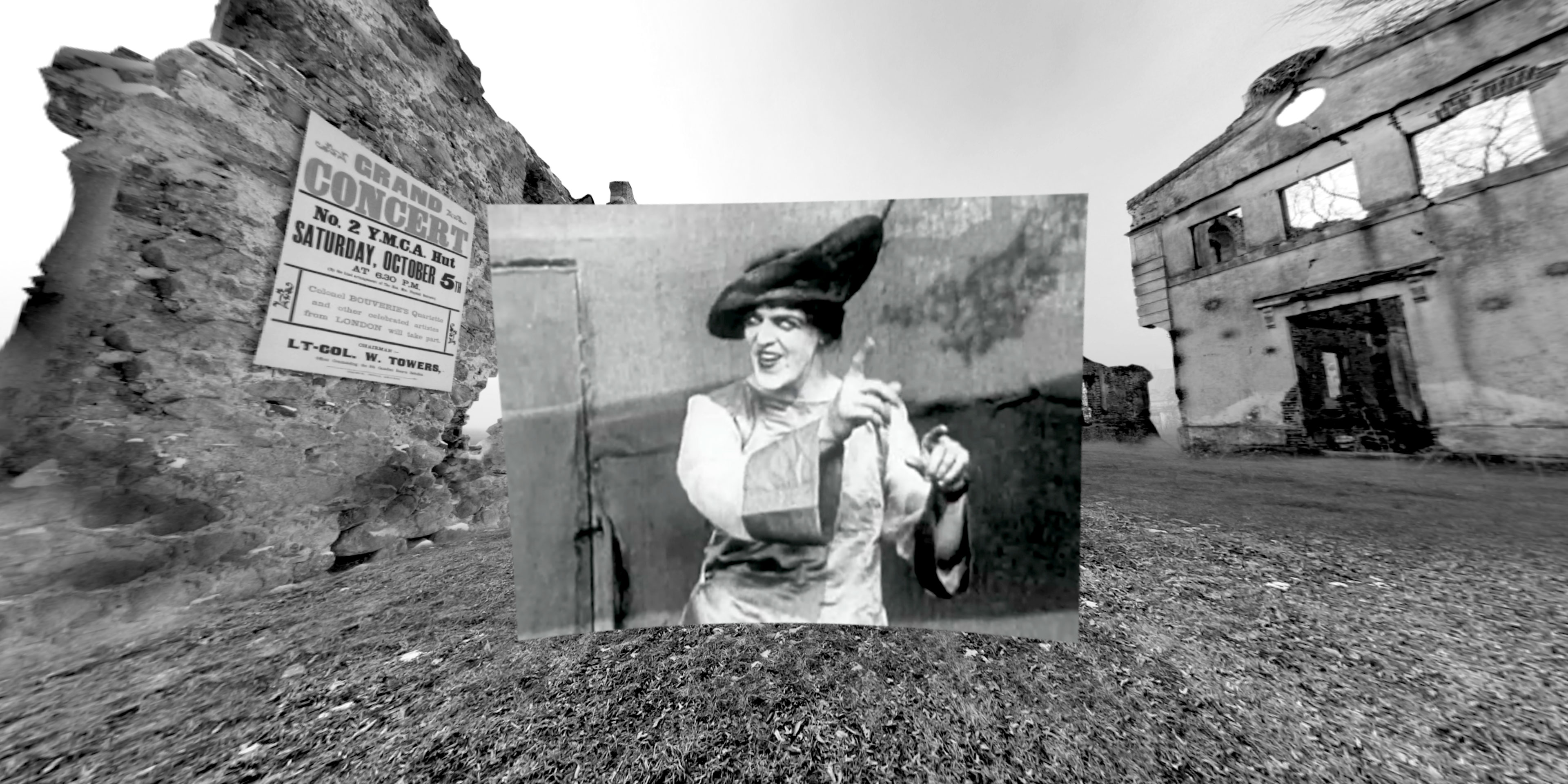 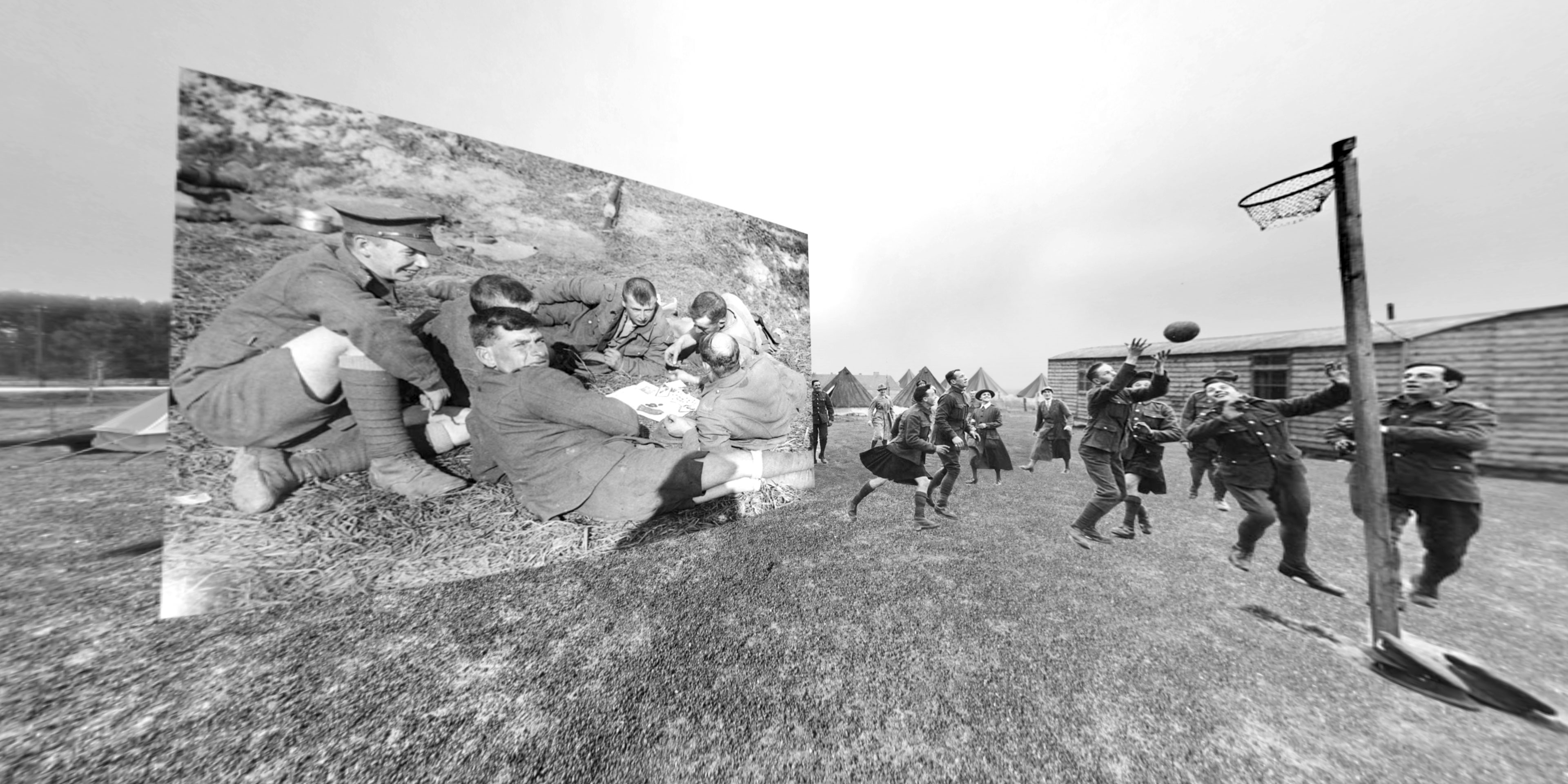 This was a truly fascinating project and such a rare opportunity to apply ourselves in commemorating the sacrifice made by so many people a century ago. It was humbling to know that the films were being viewed both by young cadets and veterans of WWI on the date of the commemoration: 31st July 2017.